I despise the stock market at the moment, because it seems to be insane. There is nothing good about the economic situation or outlook, presumably the ludicrous rises of late are due to the wall of money flung into the system by central banks. I’m much closer to this fellow’s view. This shit is going to come in waves.

However, in bear markets you need to buy into insanity, so I ask myself, what is a solidly bombed out sector that has no prospects, and UK midcaps looks like it. So Tuesday I asked myself how my automated purchase of L&G mid cap index fund was going.

Computer sez NO. Indeed Charles Stanley seems to be having a hard time in the IT department, because although it’s working now, the response to the login button is glacial, I have to suppress the temptation of the Ermine paw to jab-jab-jabber on the JFDI login button which has a response time of about two seconds before ‘owt happens. It gets confuzzled if you rap on that control, as presumably some tiresome load of AJAX crap rattles around in the background and does its thing. First rule of UI design is at least make the bloody icon change colour locally right away. Oh well. Been slow and crabby like that for the last few weeks, I am glad I didn’t leave it to just before the TY end to whack the lump sum back in there.

Anyway, I got in there and saw the queued automated purchase of that L&G mid cap fund as well as my regular L&G index ex-UK fund which has up to now been my entire CS holding. I stopped investing into the CS ISA a few years ago, but keep it because Charles Stanley is a flexible ISA provider, which means I can draw down from the ISA and put it back without losing the ISA allowance. Monevator’s broker comparison table doesn’t even show Charles Stanley because it’s good for nothing with its 0.35% annual percentage fee. But that flexibility is valuable to me, and indeed the money I put in there is last year’s allowance. I detested stock market valuations in 2019 and stuck the borrowings in Premium Bonds, which reduces CS’s 0.35% fee (because the assets under management are lower) and is safe-ish. As long as you return the wedge over the tax year end/start you can borrow it back soon after the start of the TY which is neat.

My CS holdings are about a fifth of my total holdings. Looking at the account, the best I can say is that it hasn’t gone down relative to purchase cost. That’s index investing for ya, gone nowhere over several years… You have to buy into bear markets, or spend decades to consolidate the slow chunter up at a real return of ~4% p.a..

It’s all the wrong stuff. Loads of these firms are going to go to the wall. Young’uns with enterprise and vigour can look at these and stockpick in there, but I CBA with that. The index clears out the dead wood every quarter. I can’t find any value in the markets at the moment, it’s all way up in the sky and I am just waiting for the second wave of growl to overtake us. There is a genuine problem out there, this isn’t just a crisis of confidence, and there’s absolutely no excuse for the recent rallies, the bear market needs to double down IMO. 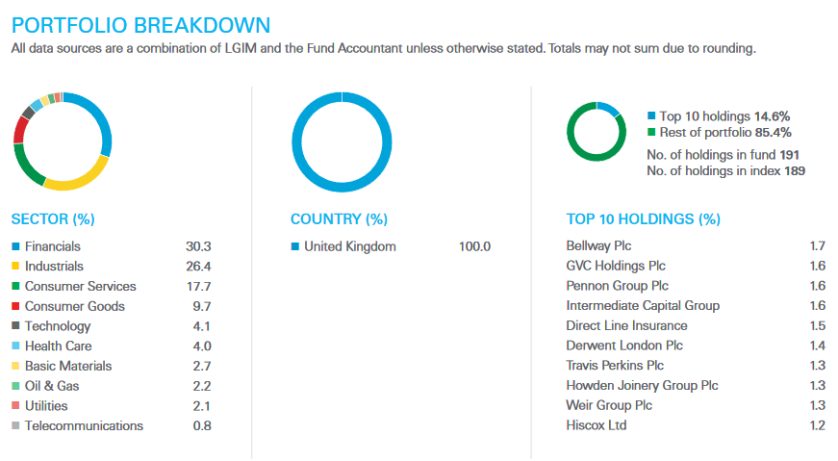 What have we got here then? Bellway PLC FFS. Yeah, right. We really are going to be building lots of houses when people aren’t meant to go within six feet of each other and half the country has lost their jobs, which is going to make servicing a mortgage so much easier, natch. I guess GVC holdings might do better in lockdown, although sports betting is going to be tough without sports. Their CSR report gave me a titter. This is a firm that’s trying to part fools from their money. It really shouldn’t be allowed, in the same way as the National Lottery is a tax on poor people for middle class projects, although I am sure they have a great CSR report too. GVC’s greatest CSR achievement would be to switch it all off and do something else, watching the bright red arrowed tail disappear through  the door. It’s a dirty job and all that. Next up is Pennon. At least they do something useful that people will still need in lockdown.

It’s not looking good. So I doubled down and switched all but £50 of the planned index ex-UK fund purchase into that mid-cap.

Small companies and the Ermine haven’t got good form. I’ve made more money from shorting my holding of Aberforth Smaller Companies than I ever made from holding the buggers. People say the FTSE250 is meant to be the growth engine of the UK economy, but these companies have already had the living shit beaten out of them by the Brexit madness1, though there’s a bigger war on now.

I failed dismally to catch the bottom because monthly investing is like that, but I don’t have to do that. Leave something for the other guy. It’s tough to believe these guys will ever pick themselves up off the floor, and I am definitely of the opinion that this will be had cheaper before the year is out. But it’s a lot more beaten up than the rest of the market, drunk on funny money. In a genuine bear market you don’t have to be clever with what you buy, you just have to buy. This one isn’t a genuine bear market at the moment, because for the moment some indices have shrugged it off – existential economic threat? What existential threat?

Hopefully I will look back in five years’ time and be cheered that I got FTSE250 on the cheap. I will probably look back in one years time and curse myself for being a dumbass for jumping the gun and paying 40% over the odds. That’s why I am going to spread myself out buying every month. Buying in bear markets is hard because of that, although at the moment much of the bear market seems to have been cancelled in the main due to irrational exuberance. It’ll be back IMO. In spades… But at least the FTSE250 is still in bear territory. This used to be nearly 60p and is to be had for 41p. In a theoretical and intellectual way there’s a yield of 2.8% to be had there, but that was at the end of February. I don’t see midcaps paying a dividend for a good couple of years yet.

I can’t bring myself to buy into the overvalued general index. It was overvalued by CAPE before and it’s definitely overvalued for todays’ world of a synchronised shutdown of a quarter of the world’s economy. I have no understanding of the madness and hope it will go away soon and valuations will come to good value. But I am not buying at these valuations, if necessary I will return to the original path of running down cash over several years.

I’m not selling gold yet. There be inflation in the medium distance. I am all for printing money in the face of an existential threat, but more money and fewer goods and services = money being worth less. I am still in the market for investment trusts at a discount, however. This is largely why I favoured the FTSE250 ex-ITs, because I am heavy in ITs in the main ISA elsewhere. You have to buy into bear markets, and do it while they are still there. I am sure the boosters  will say this is a V shaped recovery and I’ve missed my chance. Good luck to you, I say – I figure the bears will be back, and if not, well, I’ll run down cash as I was planning back in the halcyon days of late last year.

It’s all very well clapping for our carers, but if these poor devils are going to take those sorts of chances for us the least I can do is try and buy them some gear, since the public-school eejits in charge of the country seem to be so flat-footed we can’t do that in a timely manner.

Similarly there is a lot of suffering due to the disappearance of many people’s incomes down the U bend and others may help with that. I’m not going to make much difference sadly, I am not  JP Morgan, and charity isn’t always the most efficient way of achieving a goal. But some is better than none, and I am fortunate is still having an income.

50 thoughts on “buying into madness”