Ill fares the land to hastening ills a prey
When wealth accumulates and men decay.

The Tory party conference is in full swing and celebratory high-fives, with Lord Frost chuntering that the long bad dream of EU membership is over. Now unlike some of you whippersnappers, I recall what the sick man of Europe looked like in 1973, though as an ankle-biter I wasn’t that economically aware. Ermine Command sent an expeditionary force to the fair city of Oxford. Through the crackling wisps of t’internet came this signal

Our nonplussed forward team commander wondered if they’d picked up the time machine by mistake “I’m in a time slip and it’s Thatcher’s Britain all over again” – at least they’re all set for CDs if they can find a way to put them in their phones. 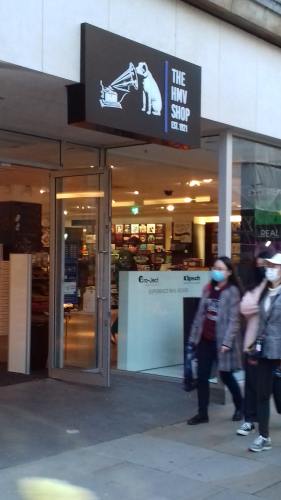 Think this is M&S

Looks like we’re going back to my schooldays, oh my. The British Renaissance has begun, Frosty my boy? You can find the odd wingnut to say it’s all Covid, and few things are single-valued. Still, at least we have some HMV nostalgia to get some feel-good into the Renaissance, Oliver Goldsmith be damned.

44 thoughts on “Ill fares the land”